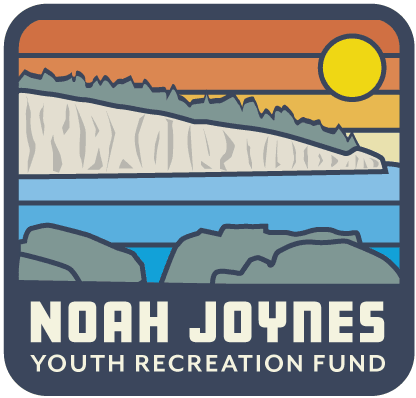 Established in 2020 by the Joynes family to celebrate the life of Noah Joynes, Noah's Fund has two priorities. The first is to provide financial support for youth to participate in recreational and educational activities, programs, athletics, lessons, and events in a safe, supportive, and positive environment. The second is to support the improvement or addition of community youth recreation facilities.

Noah R. Joynes was born and raised in Golden Valley along with his brother, Will Joynes, and sister, Abby Joynes Schulte. His parents, Bill and Judy (Ostrom) Joynes, have been Golden Valley residents since 1984. Bill was the Golden Valley City Manager from 1984 to 2003.

While growing up, Noah was an active participant in Golden Valley Parks and Recreation programs. His first job was summer Playground 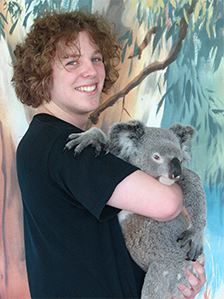 Supervisor and Puppet Wagon Master at Lions Park. He continued working for Parks and Rec through high school and during summers in college.

After starting his career at Golden Valley's Allianz Life Insurance, Noah continued working a night or two at Brookview Golden Valley because he so enjoyed his Parks and Rec family and all the Brookview activities. He worked at Brookview the night before he died unexpectedly of an undiagnosed heart condition at age 30.

Noah was a wonderful, fun-loving mentor to the children participating in Golden Valley Parks and Recreation programs. While it's common to hear the words "everyone loved him" after someone dies, in Noah's case it's true. Everyone really did love him! Noah would be honored and appreciative that this fund established in his name will benefit Golden Valley Parks and Recreation youth programs, participants, and facilities.

Grant applications must be for amenities or facilities that:

The Board Review Committee may request additional information or seek a site visit before making an award or denial. Proposed projects may take place at any time during the grant year, beginning February 1 and ending December 31. Only projects taking place during the stated grant year will be considered for each round of funding.

What Grants Do Not Fund

Grants do not fund:

The Noah Joynes Youth Recreation Fund Board of Directors is committed to the betterment of youth.

Annual meetings are held in January, where the Board reviews funding reports and fiscal updates, approves grant applications for potential funding, and sets the schedule for upcoming grant application processes.

The Noah Joynes Youth Recreation Fund complies with applicable Federal civil rights laws and does not discriminate on the basis of race, color, national origin, age, disability, or gender.

Questions are welcome at any time. Email Parks & Recreation Director Rick Birno or call at 763-512-2342.