to For more than 70 years, the Golden Valley Fire Department has maintained a proud tradition of community service. It was organized in the waning days of World War II, when the population was starting to boom and the city was starting to spread out. 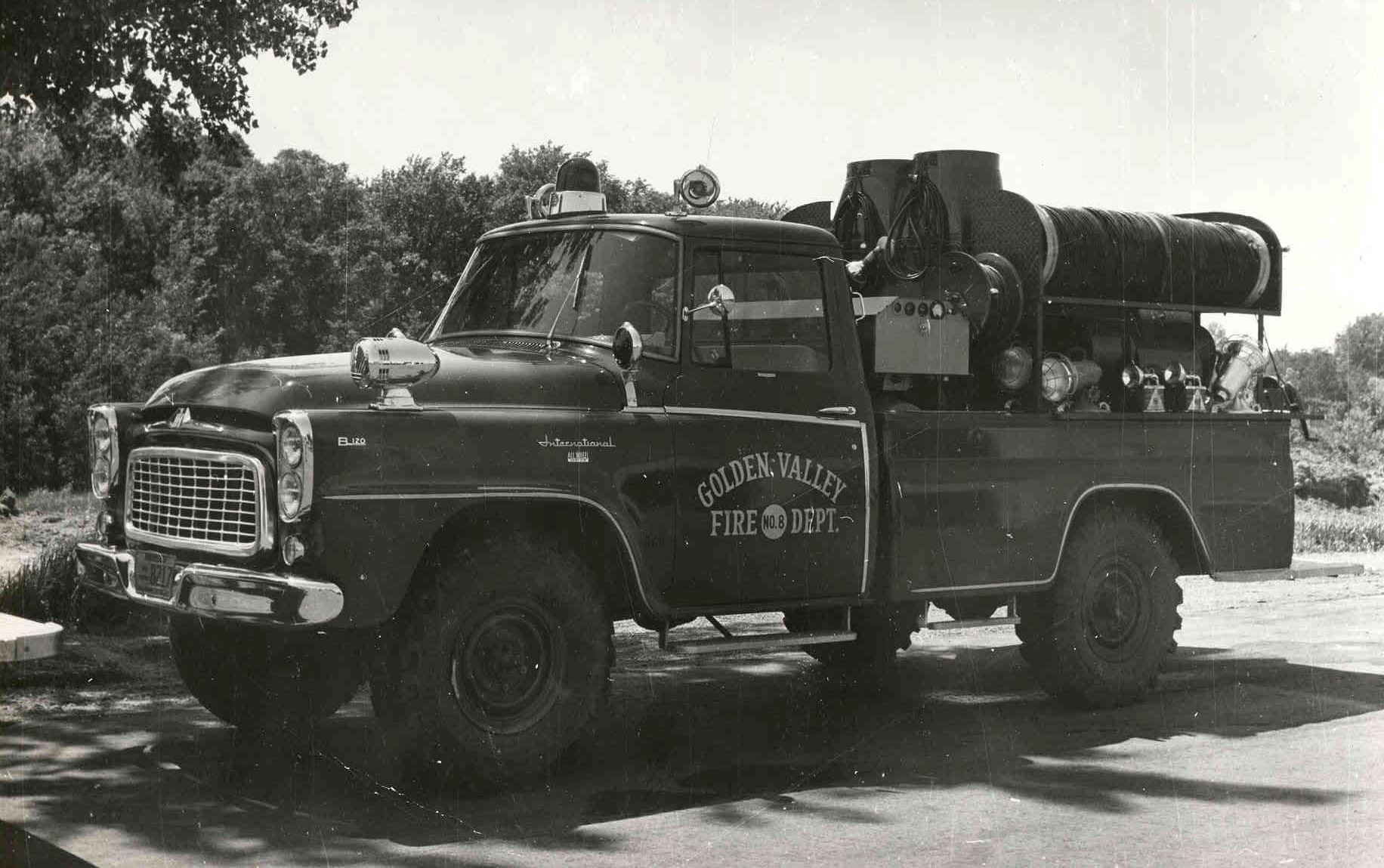 The year was 1943, and a 39-member volunteer fire department was authorized. During the next 20 years, Golden Valley built two fire stations and bought new fire trucks to replace its old reconditioned models. The Fire Department went from using a siren and telephones for alerting volunteers to using home radio receivers and radios in fire trucks. A new City water system installed during the 1960s greatly aided firefighting operations.

To meet Golden Valley's changing needs in the 1970s, the City closed its oldest fire station and built two new stations in its northeast and southeast areas. The Fire Department bought new fire trucks and took delivery of a donated rescue vehicle.

Today, Golden Valley has three fire stations and 57 employees, including 50 paid, on-call firefighters. Each year the Department responds to about 750 to 800 calls, including fires, emergencies, automobile accidents, medicals, and mutual aid to other communities.

When called upon, firefighters must be ready for anything—house and building fires, grass fires, car fires, car accidents, gas leaks, chemical spills—and they must have the exact tools they need at any given time. That's where the fire engine comes in.

The fire engine, of which Golden Valley has four, is a self-contained apparatus, meaning it can function without any other resources. It has a generator that can power floodlights. It has a tank filled with 500 gallons of water. And it houses all the equipment and hoses firefighters need to do their job effectively.

The engine is a complex machine, and it takes several years of training to learn how to properly run it, says Stephen Baker, fire education specialist. Take a look at the Anatomy of a Fire Engine (PDF) for a closer look at Golden Valley’s Engine 11, and what it provides the City’s firefighters.

In addition to the engine, firefighters also use aerial and rescue trucks. Golden Valley's aerial truck is equipped with a 105-foot ladder topped with a 1,000-gallon-per-minute master stream hose. Aerial trucks are generally used for commercial fires. The rescue trucks come equipped with emergency medical devices that can be used if an ambulance is not yet on the scene. 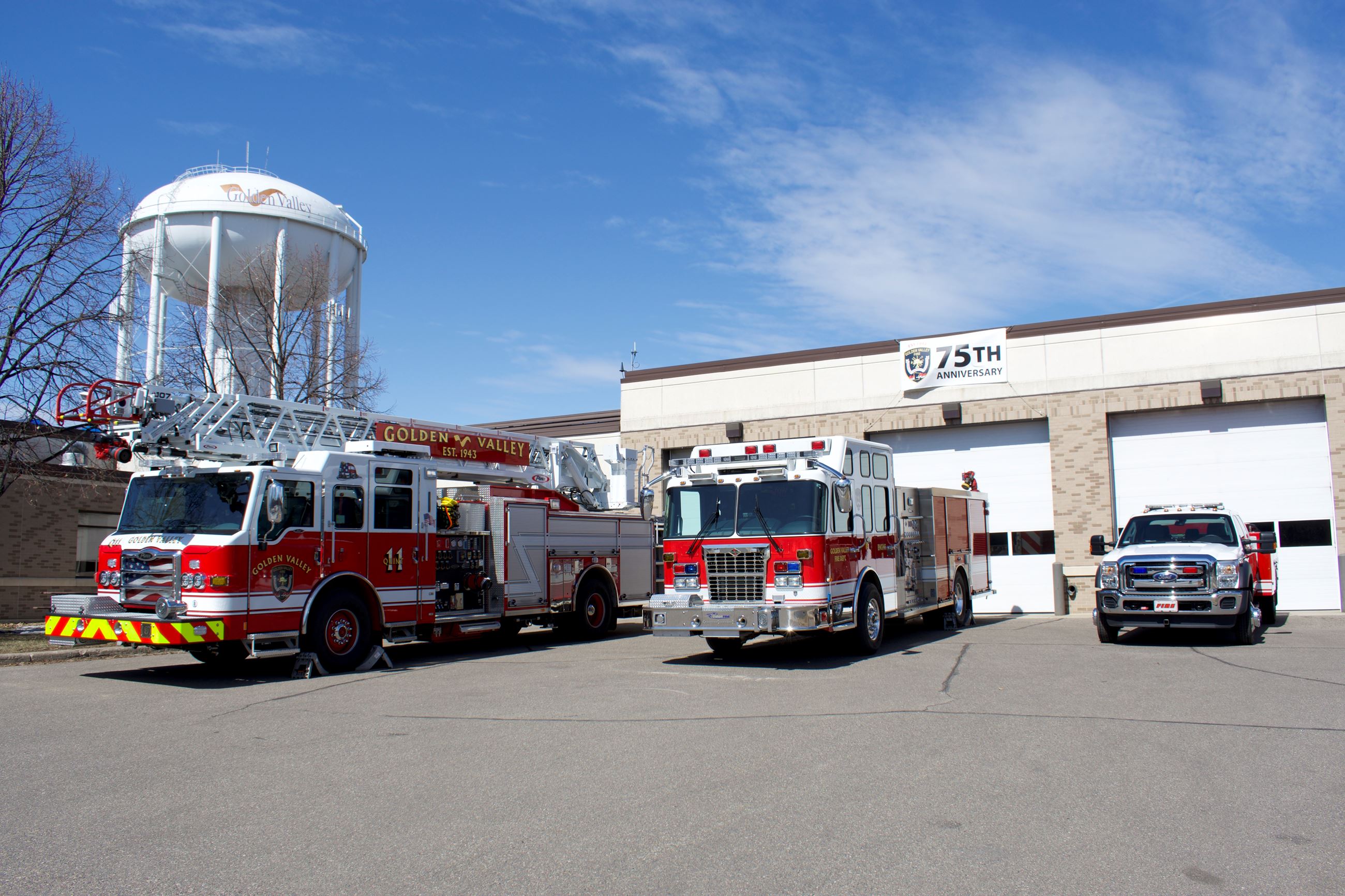 Station 1 was remodeled in 1995 and houses the Fire Department's administrative offices for full-time staff members. Among the equipment at this station is the department's aerial ladder truck (with 105-foot extension ladder), one pumping engine, one personnel truck, and one fire prevention vehicle. The building features a large meeting room and a kitchen. 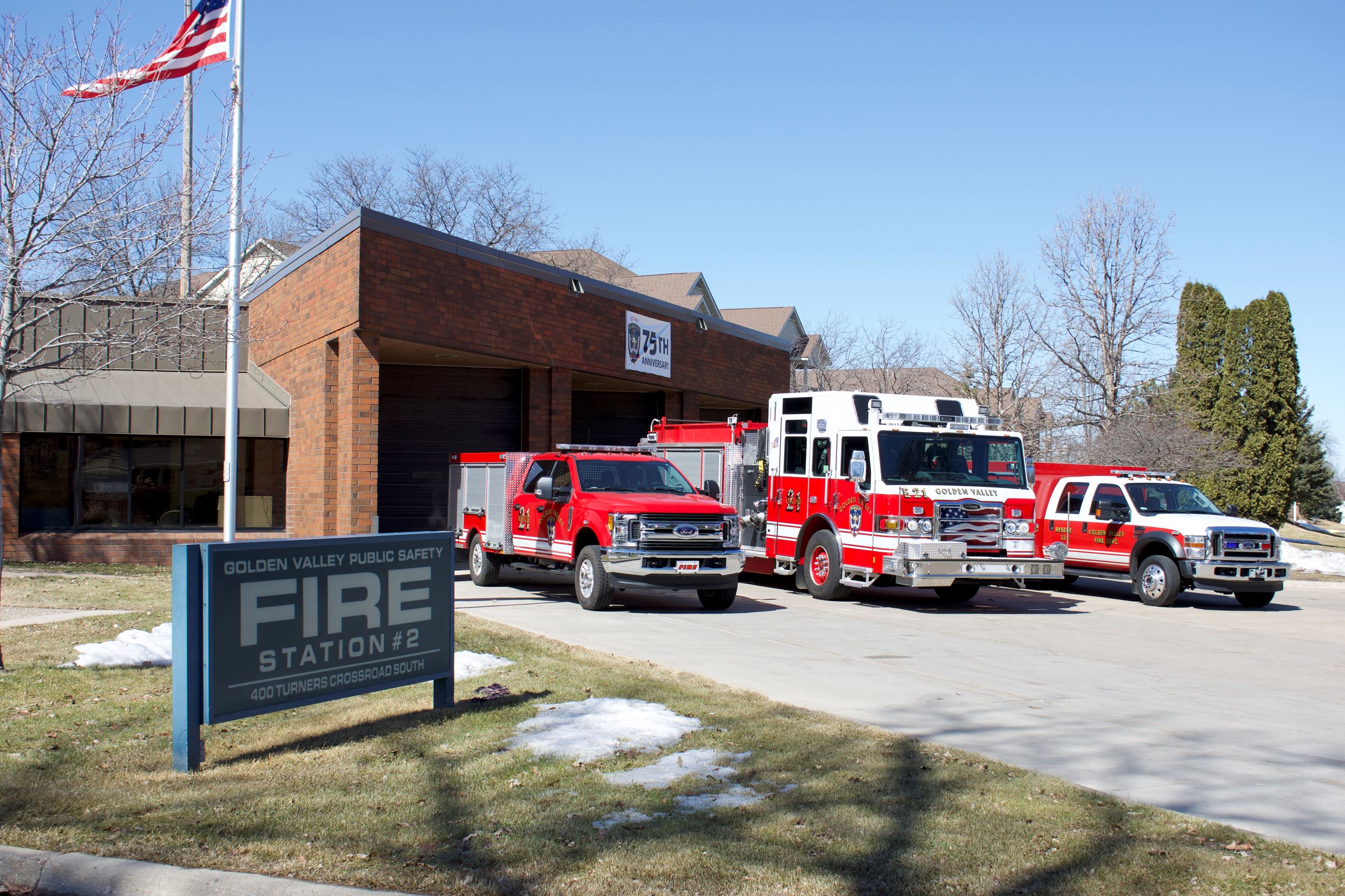 Station 2 was built in 1979 and houses one pumping engine, a smoke extractor truck, and a rescue truck. It also has a meeting room, kitchen, and one office. It is located in the southeast corner of the city, serving the area south of I-394 and north of Glenwood Ave, between Theodore Wirth Parkway and Winnetka Ave. 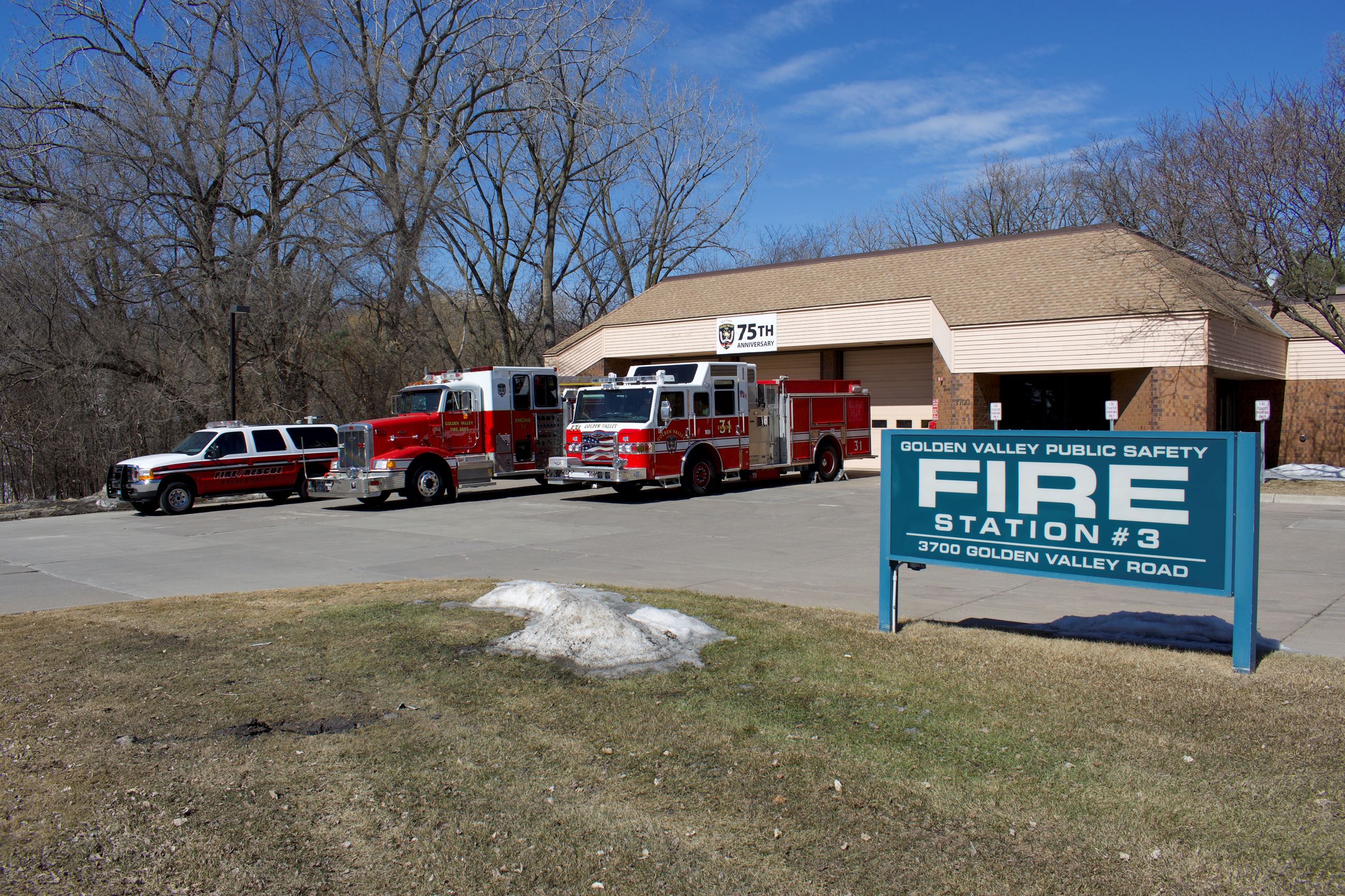 Station 3 was completed in 1980 and houses two pumping engines, a light rescue vehicle, and the rescue boat. Old Engine #1, the City's first fire truck, also resides at this station. It has been with the Fire Department since 1943 and is taken to parades and other celebrations, where it has received many first place awards. The building has a meeting room, kitchen, and one office.